Board Games at Odum: Arkham Horror

A guide to help you navigate Odum Library's board game collection and the world of gaming.

The End is Near! The year is 1926. The place is Arkham, Massachusetts. Gateways to places horrible beyond imagination are opening up all over town, releasing hideous creatures into the streets to stalk the night. Worse yet, if enough of these gates open up, then a creature of unfathomable power will be unleashed on the world. Pitted against these overwhelming odds is a small band of investigators determined to beat back the uncaring forces of the universe. They'll have to delve deep into the mysteries of the Mythos and use all of their skills, weapons, and spells if they want to have even a slim chance of success. The classic game of Lovecraftian adventure returns in a new edition after almost 20 years! Arkham Horror is an adventure boardgame for 1 to 8 players, taking 2 to 4 hours to play. 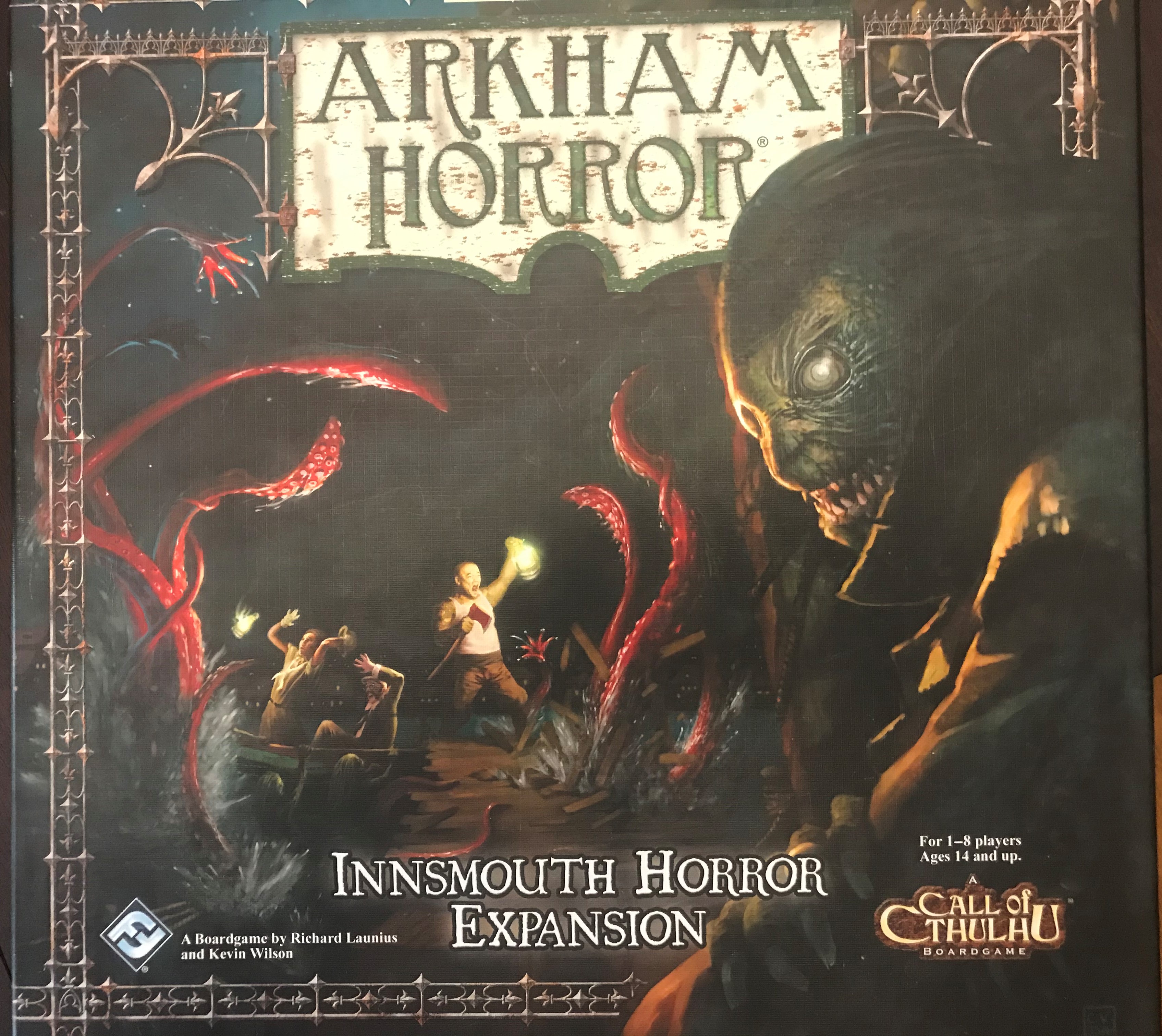 Of all the cities found in H.P. Lovecraft's vision of Massachusetts, perhaps none is quite so deadly as the small fishing village of Innsmouth. Decrepit and dying, Innsmouth is being consumed from within by an ancient pact once made to save the town. The investigators will find every hand turned against them as they explore its rotting docks and fetid beaches. In the end, perhaps the only way to save Innsmouth is by destroying it along with the terrible creatures that haunt its waters near Devil Reef.

Innsmouth Horror introduces several new game concepts to the Arkham Horror board game, including Personal Stories unique to each investigator as well as the Innsmouth Look. The town of Innsmouth is hostile to the investigators, and they may well find themselves thrown in jail and fed to a Shoggoth while they search the town for evidence to call in the Feds. However, leaving Innsmouth to fester is a bad idea, since the Deep Ones will gather and rise, bringing with them the Ancient One. Innsmouth Horror also adds 16 new investigators, eight new Ancient Ones, two new Heralds, Epic Battle cards for the new Ancient Ones, over 30 new monster markers, plenty of new encounters, and an expansion board featuring the town of Innsmouth. Over all, the expansion adds over 300 new cards to the base game. Innsmouth Horror requires a copy of Arkham Horror to play. Arkham Horror is a cooperative game for 1-8 players, ages 14 and up, that can be played in 2-4 hours.